Can Families Sue the Military in Florida?

Filing a claim against the military for medical malpractice, sexual assault, wrongful death, or any other reason can often be an exceedingly difficult process. In many cases, it is average civilians who suffer physical, emotional, or property damage due to the reckless actions of the military. These effects can last a lifetime. If it is a family member who has suffered, it may be difficult to watch their quality of life decline or be taken away due to the military’s negligence.

Filing a claim against the military is possible, and with the right help and enough evidence, it can be won.

When Can the Military Not Be Sued?

If you have a family member who is on active duty with the military, you cannot take legal action. You can only file a claim against the military if your family member is a military retiree, unaffiliated civilian, dependent, or civilian employee.

What Is the Process of Suing the Military? 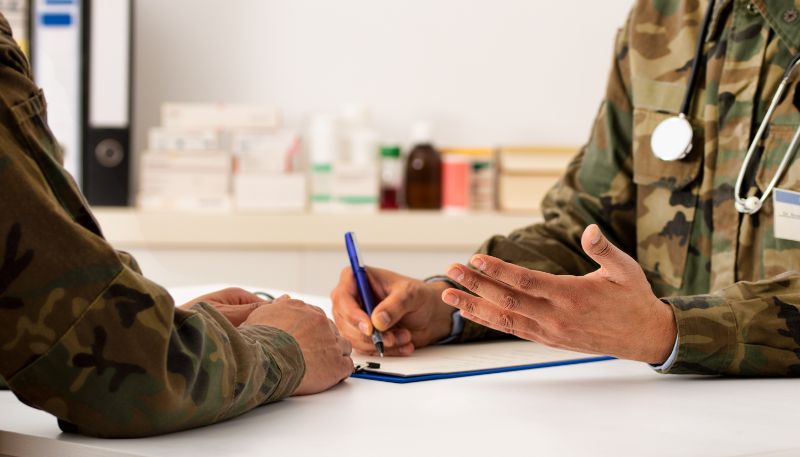 What Evidence Can Be Utilized

Evidence is crucial when trying to take legal action against the military. The most common legal claims against the military are for issues of medical malpractice, which can lead to wrongful death or a lifelong battle with emotional distress. However, the military can also be held liable for damage to property, sexual assault, and more.

Compiling evidence consists of showcasing the wrongful or negligent actions that were taken and what measures should have been taken instead. If the issue is one of medical malpractice, then the evidence may consist of:

An attorney can help you discern what is useful evidence and what will add value to your case, improving the odds that your claim will be accepted.

Q: What’s the most you can sue for in Florida?

Q: What qualifies as emotional distress?

Oftentimes, emotional distress arises after suffering a physical injury, such as being involved in a car accident. The physical injury may heal, but the individual may still have PTSD from the accident, contributing to a degraded quality of life.

Q: Can I file a case for emotional distress?

A: It can be much harder to prove emotional distress in comparison to a physical injury. However, it can be done with enough evidence and documentation. For the court to recognize emotional distress, a medical diagnosis from a certified doctor may be needed, as well as eyewitness testimonies and documentation. The sooner the claim is filed upon being diagnosed, the greater the chances that the court will honor the claim.

Q: How do you prove emotional anguish?

A: Emotional anguish can occur after a person experiences a traumatic occurrence such as medical malpractice, sexual assault, or a serious accident. What might first follow after such an occurrence is physical injury, but what is often left is mental injury. Emotional anguish can be diagnosed by a medical provider. This diagnosis, along with eyewitness reports and other examples of how an individual has suffered mentally, can be used in court to prove emotional anguish.

Increase Your Chance for Justice

The denial rates for families who file claims for their wronged loved ones are high. The military is stringent about the evidence provided and expects things to be done in a very precise and timely manner.

Your best chance of winning your claim for a family member comes when you enlist the help of an experienced attorney. At Cronin & Maxwell, we work diligently to represent each individual case to the best of our ability. We are an honest team that cares about our clients and will get to know each of them personally in order to give the best service.

If you want to file a claim against the military for wrongdoing against your loved one, contact our team to get your case started.